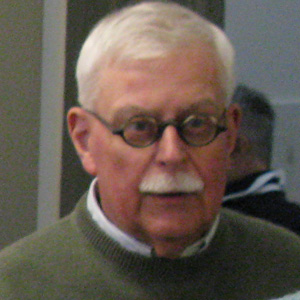 Professor Emeritus Bob Swinehart taught at Carnegie Mellon University's School of Design, primarily in the areas of graphic and communication design, from 1974 until he retired into emeritus status in 2010.

Bob earned a BFA from Kent State University and an MFA from Northern Illinois University. During his time at Carnegie Mellon University, he served as an instructor, a full professor, chair of the Graphic Design and then Communication Design programs, and as acting Head of the School from 1983-1984.

Bob served as a Captain in the US Army from 1969-1972. Professionally, he worked at Henry Robertz Design and World Book Enterprises, both in Chicago, before starting his tenure at the School of Design. Bob served as President and Vice President of the International Institute of Information Design (IIID), President and Board Member of the Graphic Design Education Association (GDEA), sat on the AIGA National Board of Directors as the National Education Chair, and was a lifetime honorary member of the American Center for Design. Bob's poster, "Discover Design" is in the permanent collection of the US Library of Congress.

Bob passed away in Gaithersburg, Maryland, in December 2020, survived by his wife Suzanne, and daughters Cori (MDes 2000) and Stacey (BFA 2000) and their families. While deeply and profoundly saddened by this news, the School paused and reflected on Bob's life, as well as the scope and impact of his work on the practice of design and within our community, which is still evident in the School today. You can read the full tribute to Bob here.