Carnegie Mellon University's School of Design is one of the oldest design programs in North America. The Carnegie Technical School offered classes in design as early as 1915, and in 1936 awarded its first Industrial Design degree. Today's Product Design program is a balance of preparing students for both the physical and digital world.

Our curriculum acknowledges that no product exists in isolation—it is always part of a larger system that includes people, communications, and the broader environment. Students develop a deep understanding of the ways products shape and inform human behavior, and learn to design products and their interactions within the context of human needs.

This interactive radio uses light controlled by an aperture to raise and lower the volume. The user controls the tuning by simply touching or sliding anywhere on the mahogany veneer which is embedded with a SoftPot potentiometer. This project takes something simple, like a radio and reshapes the user's behavior towards it through the interaction. *Featured on Adafruit Website, Yanko Design and GetAddictedTo

Instruments bring joy with the process of learning, anticipating, and achieving. The Top Radio is an instrument that requires subtle hand control to proficiently maneuver. Aiming to create a unique experience, the Top Radio depicts the value of tangible interaction in the products among us. 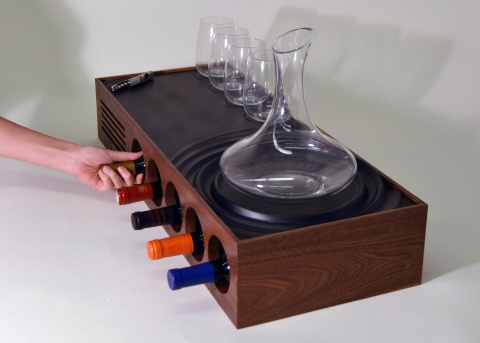 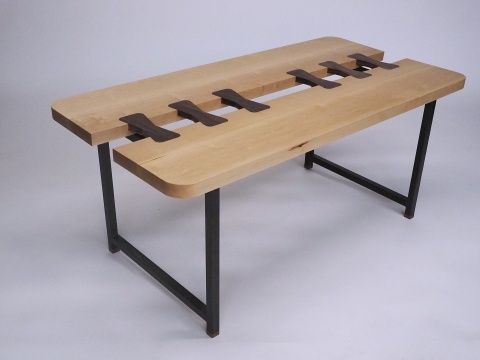 A coffee table made with maple, walnut and welded steel square tubing. 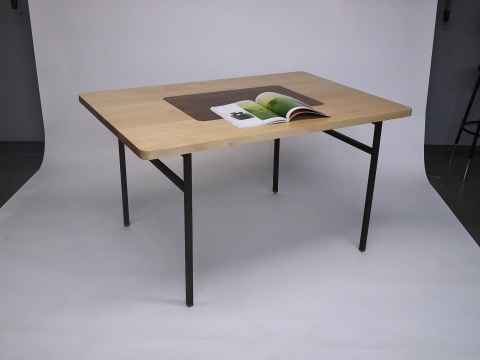 A Kitchen Table made of maple, walnut, and welded steel square tubing 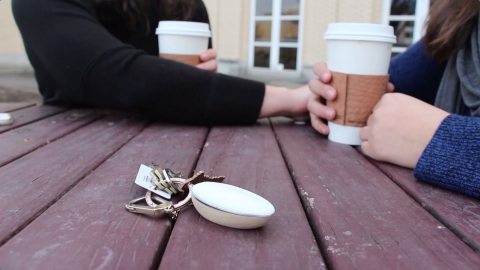 The Buddy System | Tool to help connect with companions in moments of stress.

The system opens up effective communication channels between people, helping them notice behavioral patterns among their friends. By creating the Buddy System users are enabled to help themselves by providing control of their stress in connecting with their companions. Team Members | Mackenzie Dunn, Lauren Goldstein, Judy Han

Shepherd is a three part bicycle safety system that helps cyclist ride more safely and efficiently. The mobile dashboard lets the cyclists plan their rides, while the device attached to the helmet gives haptic feedback and sound alert to notify the cyclists about dangers on the road. The light projector scans potholes ahead and it projects directional signs to help the cyclists find their ways.

In a team of three we researched the connection between people and their pets for an entire semester. Our research spanned from surveys, interviews, to make tools. From this research, we identified that many frustrations of cat owners are centered around sleep. So our team developed an interactive cat toy that aims at helping you and your cat sleep better.

In this project Kevin Kan created a 3D model of an autoclave. 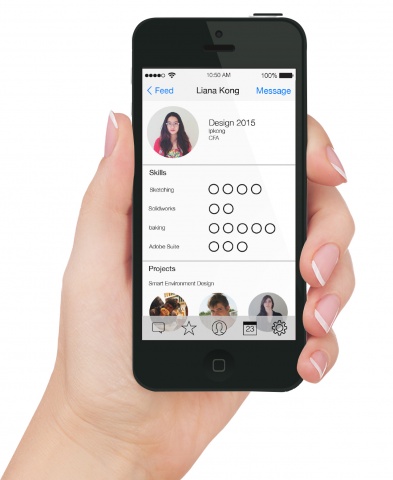 Covalent is a matchmaking application for interdisciplinary campus research and collaboration. 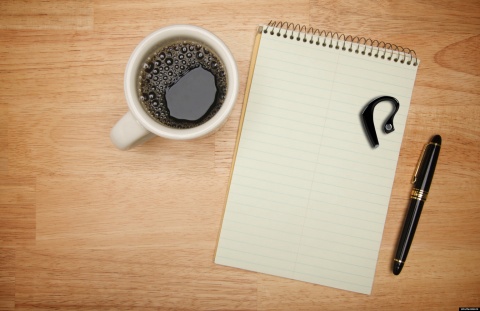 Wakenote is a device made to help students stay awake in class and get every word in lecture. Wakenote provides students with a safety net when they sit down in their lectures. By having wakenote in class students will have more efficient notes and never fear the embarrassment of snoring in class. 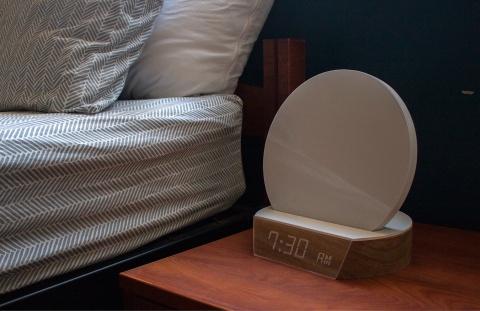 Enlighten is a system designed to help users with Seasonal Affective Disorder optimize their treatment methods. Combining data from a wearable wristband, a light therapy box, and the user's daily self-reported mood, an application on the user's phone can draw comparisons between daily activities and mood in order to give a holistic picture of how their actions influence their emotional state. 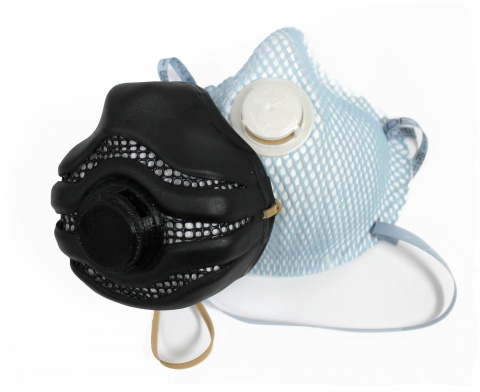 After researching what dangers existed in our 3D lab, I began to look into why they did exist, and how I could solve them. The safety that my research defined was safety that depends on behavior, which comes from awareness. In order to increase awareness, I played with the form of a disposable mask to control and concentrate the areas of dust collection. Dust would collect at a faster rate and show users an accelerated coloration change. This is for peers to wear their masks if they have not. 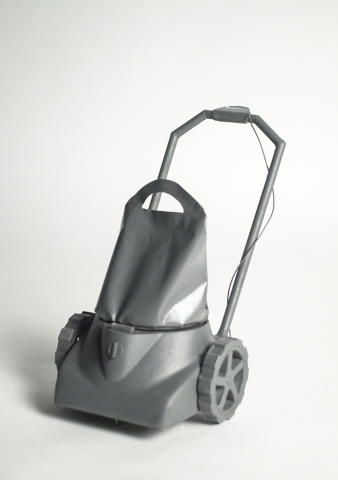 Optimizing the Usage of Fertilizer

With the increasing demand for beautiful lawns in front of our houses, more and more people are using chemical fertilizers. The optimized system takes a bag of fertilizer that can be simply attached to the spreader. This requires no pouring or measuring. The spreader has four parts: The bag, tester, weight feedback, and drop spreader itself. As the user walks, the spreader tells the user how much they have used vs how much they should have used, letting the user know the perfect amount to use. 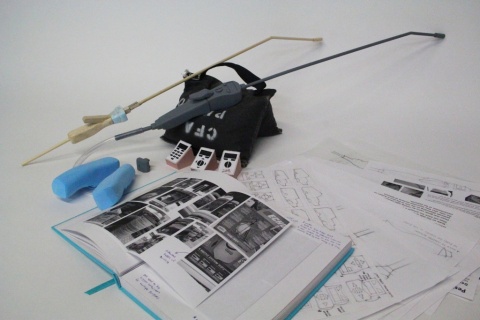 The Pursuit of the Perfect Lawn?

This project was to redesign/ create one of the lawn products that causes environmental problem. The challenge of this project was to understand deep knowledge about the problem through different research methods and to create a product that can enrich lawn caring behavior through different mechanisms. Not only the function had to be considered, but also the form of the product had to be considered. 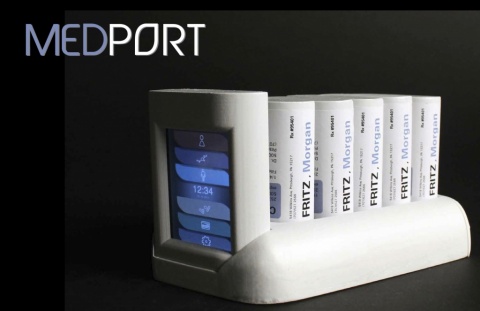 This is a two part project, MedStor and MedPort. MedPort is the continuation of MedStor. This project works to simplify the process of medication scheduling for users by providing a single unit to carry with them instead of sorting their medications manually and carrying around multiple bottles.

Visual Brand Language is the visual communication of brand values and identity through design. The purpose of this project was to design an accessory product for an existing automotive brand. I re-designed an electric drill that reflects the core visual elements that encompass the BMW 5 Series Sedan. The process consisted of researching BMW's history as a car manufacturer as well as understanding the aesthetic elements and features that distinguish the BMW 5 Series from other luxury vehicles. 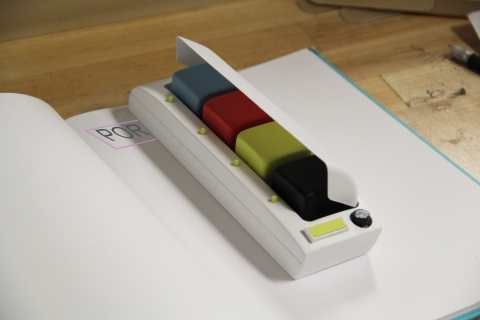 Many people want to organize their notes by different classes of occasions. They even want to collect their sketches in one notebook. However, there are situations where people can't organize their creations. People try to keep their notes by printing it out and putting it in the notebook or simply leave it somewhere they might not be able to remember. Porta will solve these problems and limitations. Porta is a product that helps users to print out their creations right onto their notebook. 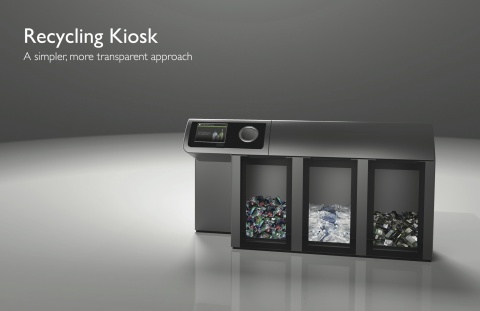 This Kiosk is a redesign of traditional Reverse Vending Machines. The machine is meant to incentivize recycling for users by making it easier and less time consuming, by providing visual recycling feedback, and by allocating a monetary reward. 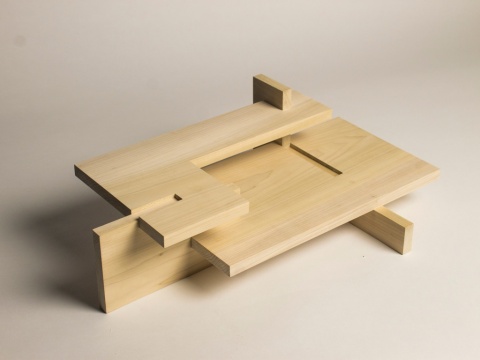 A foot stool made from four planks of poplar, cut and assembled at right angles 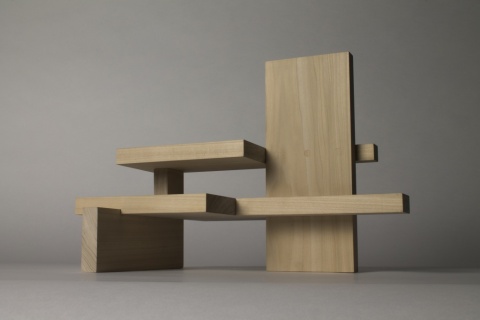 The objective of this project was to design and construct a foot stool using planar surfaces at right angles in a well balanced composition. The foot stool is considered a geoform because of its additive geometric construction. The form is intended to exhibit rudimentary functionality, while maintaining a hierarchy of planar surfaces. I sketched various forms, generated quarter-scale models as well as a full-scale model, and eventually built the foot stool out of a 60 inch by 10 inch by 1 1/8 inch piece of poplar. I cut and shaped the poplar using machines such as a jointer, thickness planer, table saw and router. 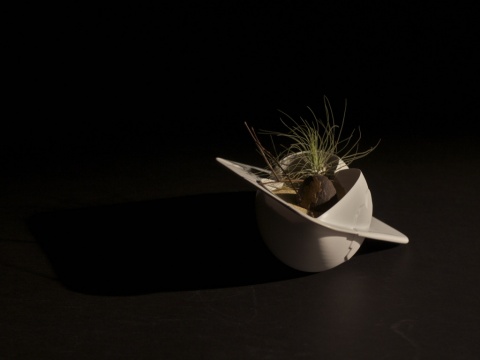 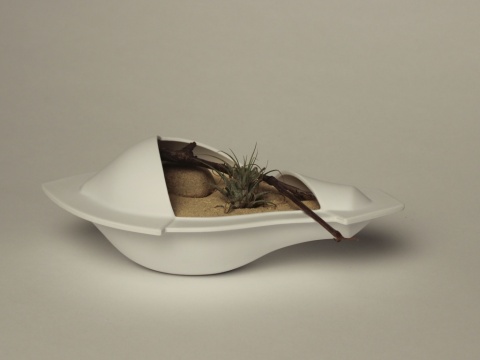 Objective was to create a vessel to house a rock, stick, and plant. Vessel form was made by covering a turned wooden form with styrene.

Plastic vessel designed for a particular set of 1 stone, 1 stick, and 1 plant.

In this project, we had to design and craft primitive tools under the guide of semantics. This meant that the two tools we had to construct had to use the language of form to communicate their use. Using chavant clay and plastiform foam, the two tools were constructed. My two forms, an ax and a scraper, were designed for the use of splitting wood and Mashing food as well as separating the hide from fallen prey. Such actions were common tasks for Primitive man. 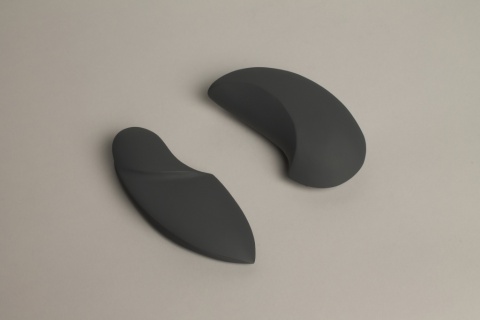 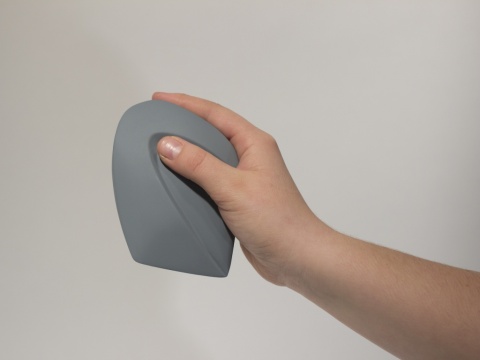 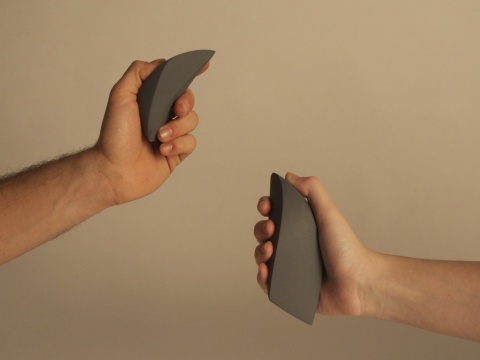 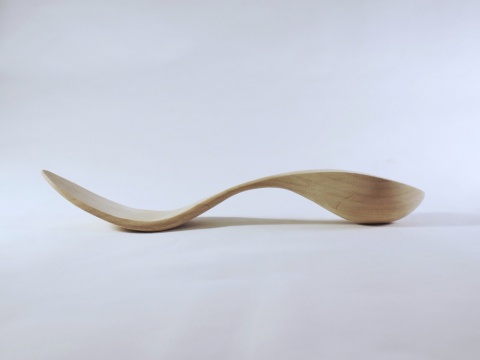 The objective of this project was to create a spatula that emphasizes functionality through its form and fit within my hand. The spatula is considered a "flow form" because of the complex transitional surfaces that make up the overall shape and composition of the spatula. I sketched various forms, generated models, and eventually cut the spatula out of a solid block of alder wood using a bandsaw and various sanding techniques. 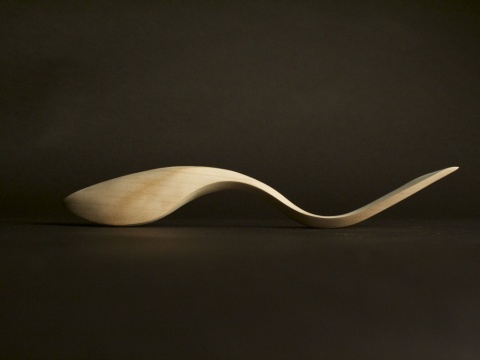 Our Product Design program prepares students for areas in but not limited to: furniture, digital and mobile devices, medical and sporting equipment, apparel and soft goods, industrial products and safety devices, and household goods and appliances.

The School of Design has a well equipped analog and digital prototyping facility where students work with traditional materials such as wood and metal. Hands-on prototyping and design is possible with a range of CAD software and output tools such as laser cutters, 3D digital printers, and CNC mills.

Alumni have worked for companies and consulting firms such as IDEO, FCA Fiat Chrysler, General Motors, Whirlpool Corporation, and VW/Audi to digital corporations such as Google, IBM, Apple Computers, Amazon, Microsoft and more. Notable alumni have been associated with the design of the Apple iPhone and iOS interface, Adidas, PUMA and Nike footwear, Nike Fuel Band, BMW's bobsled for Team USA in the 2014 Olympics, and the Nest thermostat.

Please RSVP for our Cultures show as part of Design Week for Spring 2021.

Please RSVP for our Designing Experiences for Learning show as part of Design Week for Spring 2021.

Please RSVP for our Product Design Studio IV:Part 1 show as part of Design Week for Spring 2021.