Every year the Interaction Design Association holds an annual conference bringing together design educators, students, and professionals. This year Interaction15 was held in San Francisco from February 8 to 11, 2015. The three main conference days featured talks, open studio tours, happy hours, job fairs, and workshop activities taking place across different venues, all clustered together in the middle of downtown San Francisco. There was also a pre-conference day, the Educational Summit, for those interested in exploring the past, present, and future of design education. A number of graduate and undergraduate students attended the conference to experience and explore the current design industry. 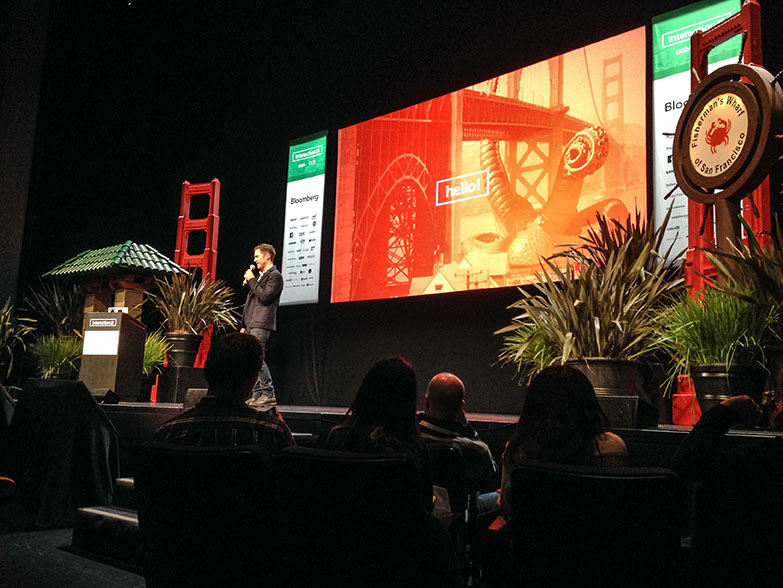 The conference started off on Sunday with the Educational Summit which featured a keynote by Don Norman. Numerous breakout sessions and workshops centered around value creation for students, relevant portfolio practices, as well as prototyping methods for non-designers were featured. The day ended with a panel of educators, including Jenna Date, an Associate Teaching Professor within the Human-Computer Interaction department at Carnegie Mellon. 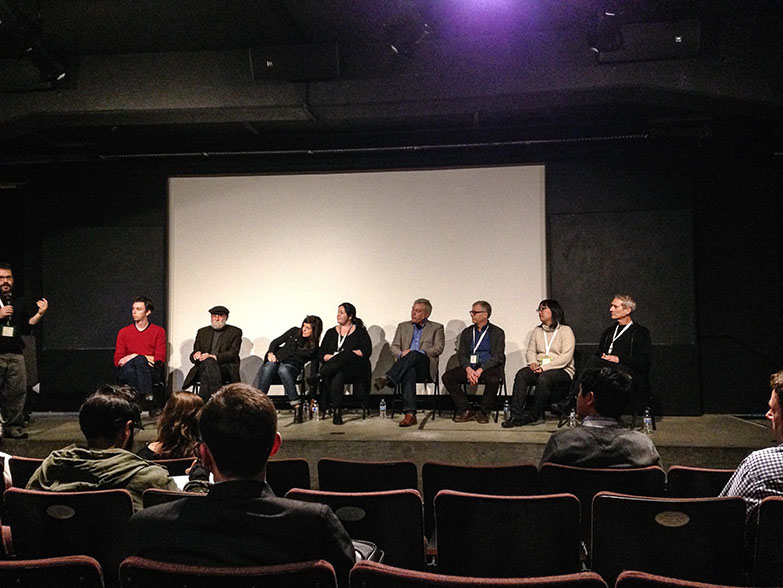 Each day of the conference (February 9 to 11) featured a variety of leaders in the design community leading sessions and keynotes from Jan Chipchase to Allan Chochinov. There were also featured workshops by various companies including Cooper, Twitter and Method.

Alongside the conference was the IxDa Student Design Challenge. The finalists for the challenge were chosen by a panel of esteemed jurors that helped identify top candidates. The finalists enjoyed a paid trip to the master class in San Francisco where they honed their work during the Interaction15 Conference. The finalists had the chance to demonstrate their skills before the conference’s 900+ attendees, with one winner announced at the end of the conference. Congratulations to our very own Sunny Li and Jane Yoon, communication design seniors at Carnegie Mellon who were chosen as one of the finalists. Their project aimed “to integrate clothing and technology to create more dimensional experience for people to connect with one another” as addressing the prompt of “envisioning the wearable city”. Sunny and Jane received 2nd place at the IxDa Interaction Awards Presentation. 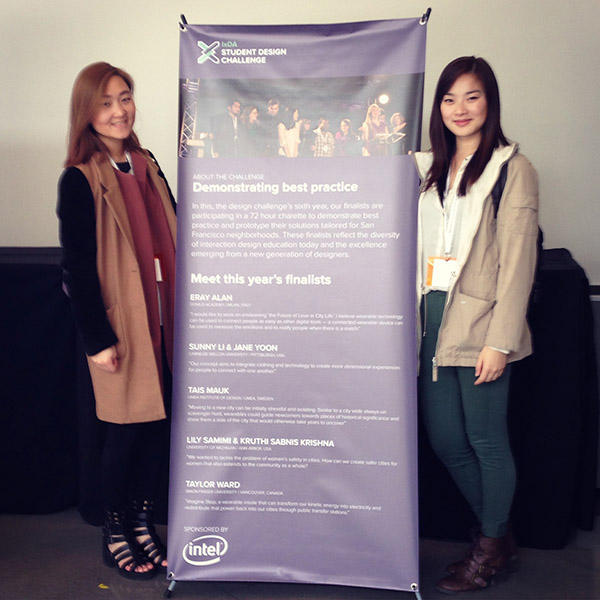 The IxDa Interaction Awards Presentation also presented Molly Johnson, alumni of the MDes 2014 program with Best in Category for Engaging, for her project alongside Marti Louw (Director of the Learning Media Design Center at Carnegie Mellon, previously at University of Pittsburgh) titled "Learning to See, Seeing to Learn". The Interaction Awards recognize and celebrate examples of excellence in Interaction Design across domains, channels, environment and cultures. Professionals and students are invited to submit both concept (Work not scheduled for production) and production projects (work scheduled for production or live) of any kind, created during the past two years, that exemplify outstanding interaction design in any of the six categories. Molly and Marti’s project was chosen best in category for Engaging, “capturing attention, creating delight, and delivering meaning”. 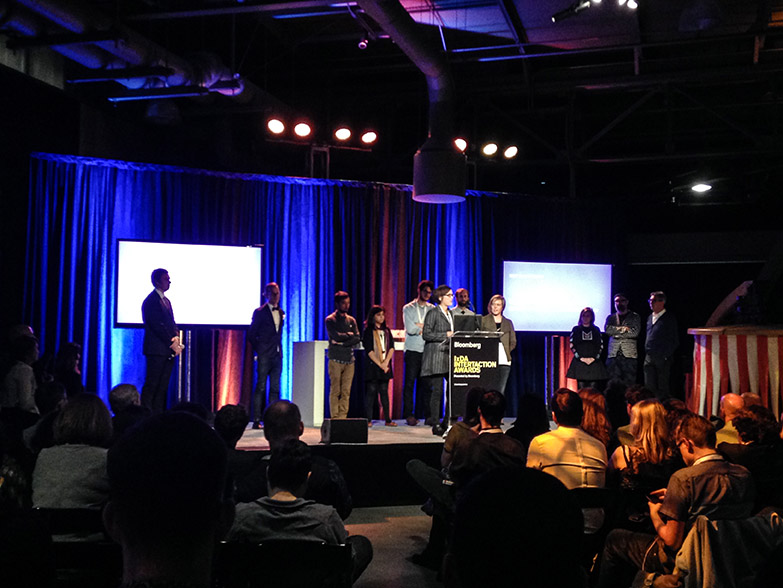 The conference was a great way to meet professionals, network, and also catch up with some of our old alumni out on the West Coast! Next year’s conference, Interaction16, will take place in Helinski, Finland from March 2-6, 2016. 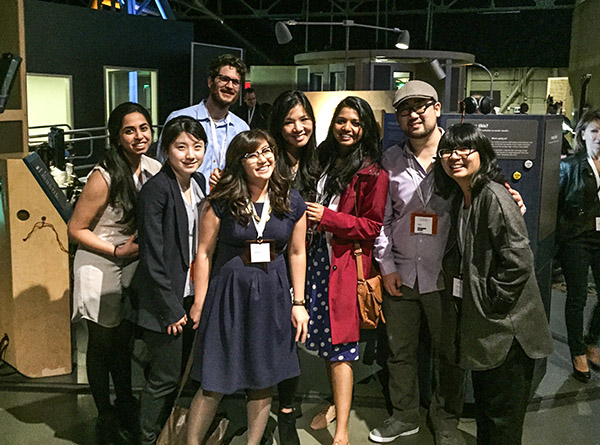 The School of Design's Bruce Hanington and Peter Scupelli will be at IASDR 2021, the ninth Congress of the International Association of Societies of Design Research. Hanington will be a keynote speaker and Scupelli will be presenting his paper "Teaching Designers to Anticipate Future Challenges with Causal Layered Analysis."

Future of Museums—Beyond the Museums Walls

Carnegie Mellon University's School of Design is proud to present our Senior Fall Project Exhibition for 2021:  "Future of Museums—Beyond the Museums Walls"