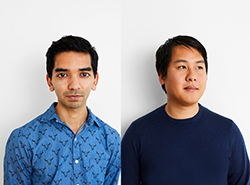 Please join us for another edition of our Design Lecture Series with Waqas Jawaid & Andy Chen and their lecture "Spaces of Belonging" on March 15, 2021 at 12pm.

Isometric Studio partners Andy Chen and Waqas Jawaid will share their recent work at the intersection of architecture, graphic design, and social justice. This includes visual identities, exhibition design projects, and signage programs for major educational and cultural clients including Google, Cooper Hewitt Smithsonian Design Museum, Princeton University, and the Museum of the City of New York. The partners will discuss the opportunities and complexities associated with navigating this work as queer people of color, engaging with complex social issues including gender equity, climate change, racial justice, LGBT identity, and immigrant rights.

This edition of the Design Lecture Series will be hosted on Zoom. Please RSVP below and the Zoom information will be emailed to you prior to the lecture. If the Zoom webinar reaches capacity, we will also be livestreaming this lecture on the School of Design's Facebook page:

Fill out my online form.

Waqas Jawaid received his undergraduate degree with highest honors from Princeton University and a Masters in Architecture with distinction from the Harvard Graduate School of Design. At Princeton, he was awarded the Frederick White Prize for his thesis on architectural apartheid in the Paris banlieus. Waqas previously worked at the Office for Metropolitan Architecture, SANAA, Harvard Art Museums, and Skidmore, Owings & Merrill. He is a founding organizer of Climate Collective, a NYC-based organization that sparks civic discourse about climate change through design and storytelling. Waqas has lectured at venues including Harvard University, the Center for Architecture, and Princeton University Art Museum. He has served on the faculty of the Maryland Institute College of Art and the School of Visual Arts.

Andy Chen studied sociology at Princeton University, where he was awarded the Pyne Honor Prize, the university's highest general undergraduate distinction. He then studied graphic design at RISD, where he received his MFA as a Paul & Daisy Soros Fellow. Andy started his career at Pentagram, where he worked on the rebranding of Bausch + Lomb with partner Paula Scher. As a Fulbright Scholar at the Royal College of Art, Andy conducted ethnographic research on aging, sexuality, and social stigma. He is a contributor to Design Observer, Design Taxi, and Open Manifesto. Andy has spoken at international conferences including the London Design Festival, Design Indaba, RGD DesignThinkers, and Kyoorius Designyatra. He has served on the faculty of the Maryland Institute College of Art and the School of Visual Arts. 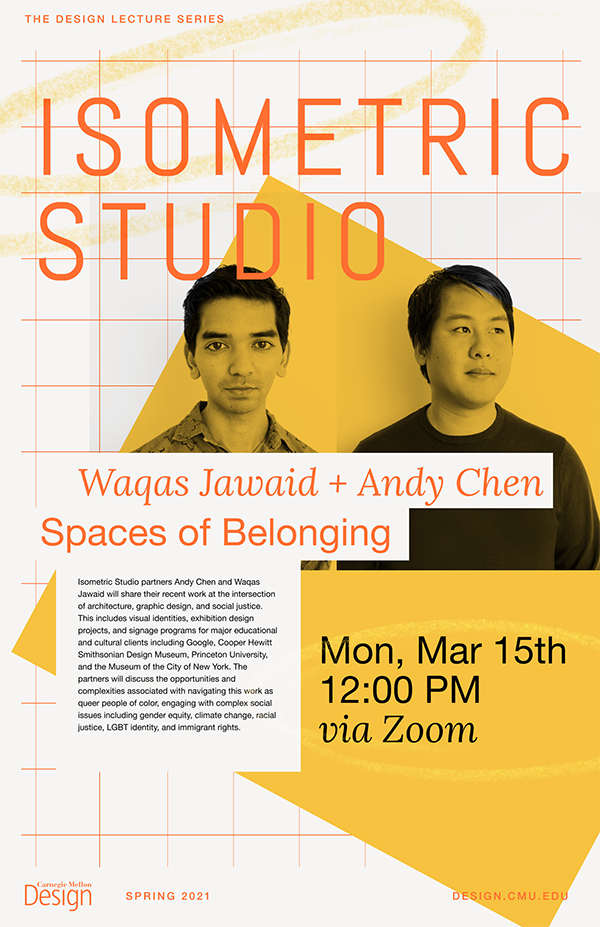 Please join us for another edition of our Design Lecture Series with School of Design Alumna Deborah Lee and her lecture "Now What?" on April 19, 2021 at 12pm.

The School of Design's Stacie Rohrbach, will be giving a keynote at LXDCON '21, starting on April 20th.

Please join us for another edition of our Design Lecture Series with James Todd and his lecture "What is Work" on April 26, 2021 at 4:30pm EST.