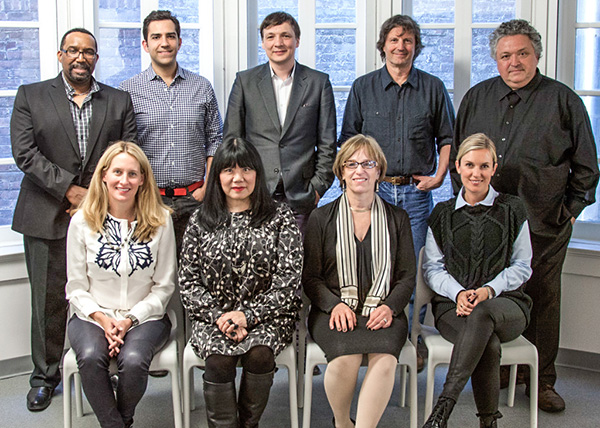 The National Design Awards were conceived by Cooper Hewitt, Smithsonian Design Museum to honor lasting achievement in American design. The Awards are bestowed in recognition of excellence, innovation, and enhancement of the quality of life. First launched at the White House in 2000 as an official project of the White House Millennium Council, the annual Awards program celebrates design as a vital humanistic tool in shaping the world, and seeks to increase national awareness of the impact of design through education initiatives.

This year, Eric Anderson, an Associate Professor in the School of Design and the Associate Dean of the College of Fine Arts, was invited to serve on the jury for the National Design Awards. The jury gathered over the course of two days to review the materials to discuss, debate, and select the award winners. Anderson said it was wonderful experience to talk about what is excellence in design and to see such great examples across design disciplines,including product, communication, interaction, interior, architecture and landscape architecture, and fashion design. More information on the jurying process can be found here.

The jurying event was followed by the annual Teen Design Fair in the last week of September, where over 300 DC and New York public high school students had the opportunity to sit and talk with prominent designers including the 2014 National Design Award Winners. The Teen Design fair is part of a larger initiative to introduce students to design to discover career paths, explore college options, and learn about the complexities of what designers do. Anderson said that he was “encouraged about how informed many were about design. With less and less focus on the arts in high schools, it was great to see shining examples of what programs can do. "The students were inquisitive and really exploring questions about design opportunities for them as a career or supporting interest." 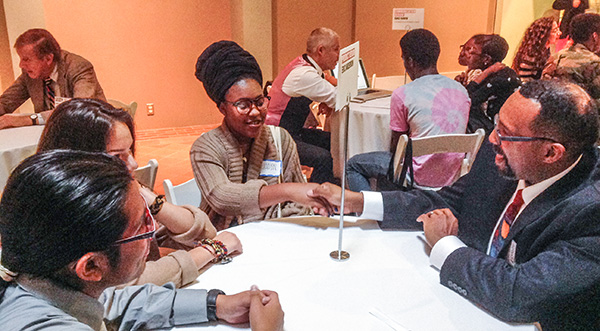 Anderson has always had a passion for engaging youth in design thinking and activities. In 2005, he started a design camp in the Larimer section of Pittsburgh for underserved African-American boys - using design as a way of attracting and engaging them in thinking differently about personal and community challenges. He remains a supporter of several organizations in Pittsburgh who are pursuing similar goals, and supporting Cooper Hewitt’s Design initiatives was a natural fit.

From the Teen Design Fair, 12 students were invited to have lunch with the First Lady as well as the National Design Awards jury. The First Lady has been a large supporter of the Hewitt Cooper Foundation and its initiatives. 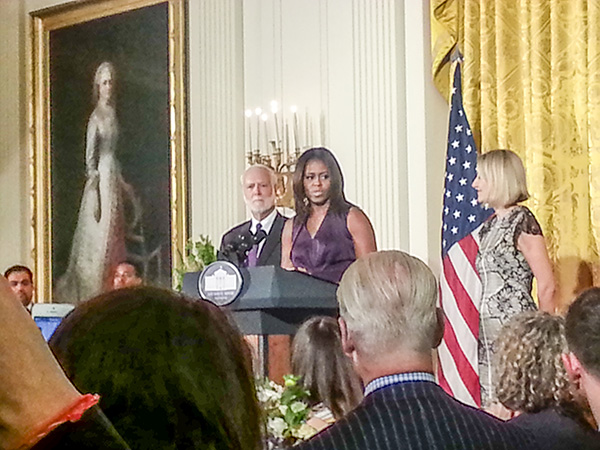