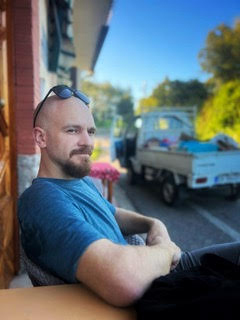 Uriel Eisen is an entrepreneur and designer with a focus on manufacturability. Uriel obtained BDes from Carnegie Mellon University’s School of Design in 2015, and is currently the founder of Austere Manufacturing, a company that specializes in high performance buckles.

During his final year at CMU, Uriel kickstarted his career by co-founding a startup focused on water filtration for disaster relief. This startup got accepted to Alphalab Gear, a local startup accelerator. “We worked for a couple of years developing new water filtration products which won a bunch of pitch competitions such as South By Southwest and landed my co-founder and I on the Forbes 30 Under 30 List,” said Eisen.

“That launched me into the world of startups working on prototyping with an eye toward manufacturability. I did this for a number of years and was involved in launching a number of products from backpacks to aerospace and automation as well as building out a prototyping shop for NYU's startup accelerator.”

At the start of the Covid-19 pandemic, Eisen utilized his skills for public good; he worked with a team to make a face shield design that “could be made on anything from a hobby grade laser cutter or a vinyl cutter to an industrial die cutter used for making cardboard boxes.”

“We manufactured around 250K and made the designs open source so others could pitch in as well. People all around the world used the design and manufactured somewhere around 2.5 million of these faceshields! It was quite exciting to be able to lend a hand!” 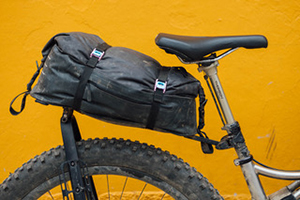 Uriel’s path to buckle design was catalyzed at a position he held prototyping spacesuits for NASA, but was also a part of his personal development during his time at Carnegie Mellon’s School of Design. “It turns out, unsurprisingly, that a lot of the buckles on spacesuits are custom. Over the years of designing and stitching various softgoods, a passion I began pursuing while at CMU, I was constantly frustrated with the lack of quality options available on the market. When I saw all the custom buckles on the spacesuit, I figured I'd dust off some of my old designs. I bought a CNC mill and got to work.”

Austere Manufacturing went live March 2021. They’ve decided to focus on providing a high-quality alternative to the commonly weaker buckle models available. Their products come in a multitude of colors, and are “CNCed from billet aluminum with a titanium pin and a stainless spring. They're light weight while delivering a huge weight capacity in a small footprint,” said Eisen. Austere Manufacturing’s products are made in Washington, USA in a small shop on the Kitsap Peninsula.

“Our strap features our CNCed Cam Buckles. It's super strong, light weight, and is ridiculously resistant to slipping. This makes it ideal for strapping extra gear to your bike or pack, holding your pants up, and many other applications besides.” 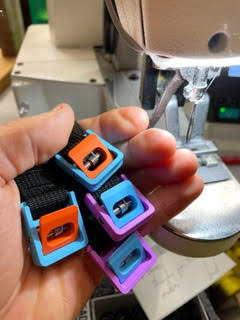 Eisen believes his education set him up for success in his career. The curriculum centered around drawing has been particularly helpful. “I've spent years working with many companies on prototyping. There's a lot of emphasis on "rapid prototyping" with 3D printers and other fancy tools yet, still, the fastest and by far the cheapest way to prototype is drawing,” said Eisen. “Learning to draw complex 3D shapes quickly has been hugely powerful for me and the teams I've worked on. I did some work designing and installing robotic systems on aircraft and being able to draw out ideas quickly for complex linkages, allowed the team to iterate and refine our designs in minutes instead of waiting days on CAD and 3D printing.”

“My education has been a huge help to me. There are so many products (both physical and digital) that lack consideration of the user, that I think my education really set me up for success. While in school there was a constant focus on understanding and empathizing with the user that I think really has led to success with projects I've been involved in.”

The 3rd International Conference on Design Futures will discuss the methods and frontier thinking of design futures from the perspectives of future philosophy, future design education, future creation, and future society, respectively, in the cross-cutting fields of philosophy, aesthetics, science, and sociology.

Paul Pangaro, Visiting Scholar in the Carnegie Mellon University School of Architecture and School of Design, will moderate a conversation with Daniel Rosenberg Munoz, Assistant Professor in the School of Design, Daphne Peters, Assistant Teaching Professor in the School of Design, and Claire Hentschker, Design Strategist, Lab at Rockwell Group New York (and CMU College of Fine Arts alumna). Panelists will present real-world examples and speculative student work, followed by conversation with attendees about the opportunities and challenges of new, competitive technologies for retail and services.