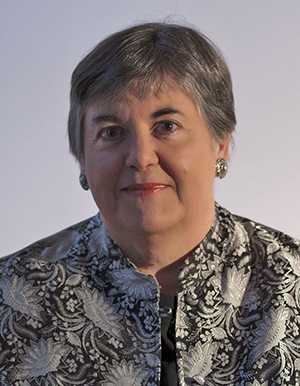 Laury A. Egan, an alumna of Carnegie Mellon University’s School of Design (BFA ’72), has been enjoying an incredible career as an author, with her latest book, Once, Upon an Island, arriving on shelves in September.  Laury not only writes, she also designs the visuals for her books and their covers. From poetry to comedy to suspense, Egan’s body of work continues to grow and evolve.

We sat down with Laury and asked her about her career, her inspiration, and where being a writer and being a designer intersect.

Tell us a little about your career path after graduating from CMU.

After graduation in 1972—yes, it’s been fifty years—I was hired as the promotion design manager at Princeton University Press because of my training at CMU. In addition to the design, promotion, and editorial building, the Press had its own plant, with typesetters and printing presses. I was contending with a distinct chill from the seasoned typesetters because I was young and female and yet was spec’ing type, i.e., telling them what to do. One morning, I was with the senior typesetter, standing by a California case full of monotype. We needed an ampersand for a headline, and I reached over and pulled it out of the case and handed it to him. He looked at me in surprise, smiled, and I never had a problem with anyone in the plant after that. Thank you, Mr. Fisher, and my senior typography class, where—incidentally—I typeset a book of my poetry illustrated with my photographs. A harbinger of what was to come.

After transferring into the Press’ book design department, I worked with some of the best book designers in the country, including a talented, older CMU grad, Frank Mahood, and a classmate of mine, Mahlon Lovett. Eventually, I became an assistant manager. After designing about 800 books (interiors, bindings, and covers) and winning numerous national and regional book design awards, I started a freelance business and worked with 22 other publishers and designed several hundred more titles. My flexible schedule also let me concentrate on photography—as an illustrator, live opera and theater photographer, and a creator of fine arts images produced in my color/b+w darkroom. In the late 90s to the present, I’ve taught fine arts photography to private professional students, often incorporating compositional concepts learned at CMU.

From early childhood, my ambition was to be a writer, beginning at age seven with my first poem and then tackling a novel at age twelve. Working in publishing combined both interests and honed my knowledge of editing, promotion, production, and design. In the mid 1990s, I slowly began phasing out my freelance book design business and returned to my childhood passion, writing, ultimately becoming a full-time writer. My first novel, Jenny Kidd, was published in 2012.

Do you stick to a particular genre?

I’m unusual because my novels and stories span multiple genres, from psychological suspense to comedy to literary fiction. I tend to write the book that wants to be written—one sparked by a fascinating setting (always one I’ve photographed), a character that comes to me in a “channeling” process, or by a “what-if” idea. When creating titles, I imagine how the lines would break, what font might fit the book’s mood. As for poetry, I’ve been fortunate to have two collections and two chapbooks published. In many instances, poems were written after a photographic outing, so the visual and verbal were intimately tied together.

The interdisciplinary approach you take to your work combines design and writing. Do you think that one always tends to enhance the other? 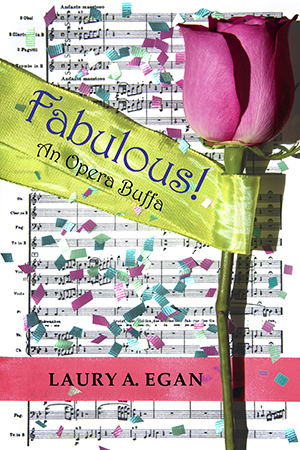 Absolutely! Being visually aware has made me a more acute observer and—I hope—a better writer. I always remember my first year instructor, Ms. Keaton, who asked us to “punch in” areas of our drawings. The same concept holds for writing a scene—adding specific, strong sensory details seats the reader in place—or creating a few small physical or behavioral tics can delineate a character.

My career and training as a designer and photographer have greatly enhanced my ability to “see,” an asset for any writer, but while at Princeton, I also had opportunities to utilize my photographs and my design skills to interpret the manuscripts of my authors. Having the chance to write the novel and design my own cover feels incredibly comfortable, a fusion of two talents, and also allows me to visually and accurately portray the book. All of my four poetry titles feature my designs and photographs as does my collection, Fog and Other Stories. The Outcast Oracle, Fabulous! An Opera Buffa, and Turnabout showcase both my designs and photographs.

What would you tell someone asking you about your career and the School of Design?

As I’ve always told anyone who wants to be graphic designer, attend a college where you will graduate with professional skills so that you’re best prepared to transition into a worthy job. CMU turns out grads who know more than students from universities with a less concentrated curriculum, but perhaps an equally significant attribute is that CMU accepts and fosters students who are independent and self-motivated, who drive themselves to succeed.

If you’re focused, willing to work hard, and have an entrepreneurial personality, Carnegie Mellon is a smart choice.

Over the past fourteen months, Laury has seen her novels The Swimmer, Turnabout, Wave in D Minor, and Doublecrossed all get published. In September, Once, Upon an Island, which Laury cites as her favorite, is slated for publication.

Banner photograph by Laury A. Egan.

Please join us for another edition of our Design Lecture Series with Margot Bloomstein, on February 13, 2023 at 5:00pm EST via Zoom.

Please join us for another edition of our Design Lecture Series with Coversation Designer at Facebook Reality Labs, Hilary Hayes, on February 20, 2023 at 5:00pm EST in Breed Hall, Margaret Morrison Carnegie Hall.