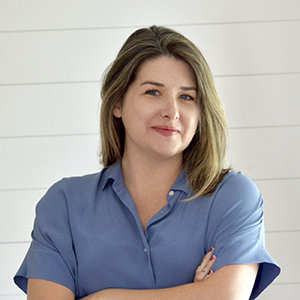 Elizabeth McDonough, an alumna of Carnegie Mellon University’s School of Design Master of Arts program (MA ‘22), spent a week this summer participating in a creative residency in the southern Peloponeese region of Greece. The residency was put on by the Periplus Project, an organization which aims to enable “the infiltration of design-thinking into all key sectors of society.” By tapping into and innovating around pre-existing potential, and motivating local communities, Periplus’ objective is to encourage individuals to harness creativity as a tool to effect positive, intentional change.

Periplus offers two intensive workshops: Form and Light. McDonough participated in the latter, along with 11 other international students hailing from London, Singapore, Germany, Italy, Japan, and China. McDonough and her fellow creatives were fully immersed in nature and the local culture. After a 10 minute drive down a windy, dirt road, the Periplus cohort arrived at their accommodations for the week: a villa nestled in an olive grove on the Mani Peninsula.

“We spent the week experimenting with light and shadow as tools for communication,” explained McDonough. “We worked solo and collaboratively to develop objects, effects and sounds using materials we found in the natural environment. The intention behind this experimentation was to communicate a narrative that we would ultimately share with the local community through a live performance at the end of the week.” 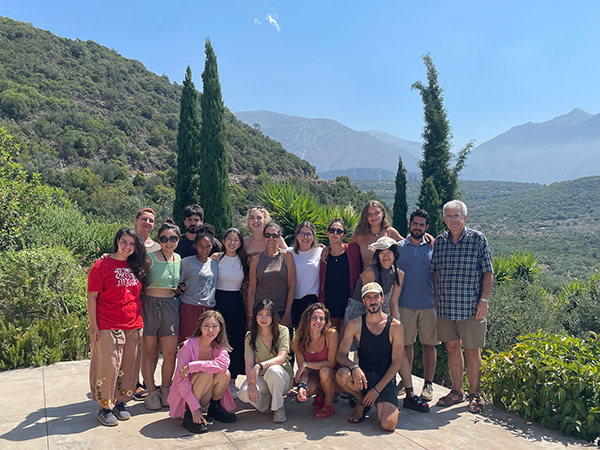 The group worked together to identify what they wanted to communicate. After being inspired by the role of women in Greek society, both historically and at present, they landed on their theme: the transcendent female experience. “As we all identified as female and shared similar struggles across our different communities and cultures, we felt it relevant to acknowledge the common thread that united us all.”

Each artist created a unique piece to be featured in the final performance. McDonough explains her contribution: 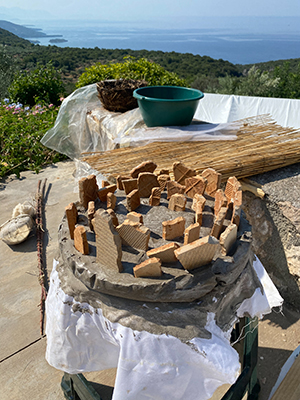 “I created a spinning city that was ultimately used to situate the audience at the start of the performance. It was fabricated using concrete and discarded tile I found in the olive grove. The object sat on a pottery wheel so it could easily spin and create a more dynamic shadow. When I first cast light through it, we were in awe of how it clearly bore a resemblance to Vatheia, a local city that had since been abandoned. When we realized we had something the community could identify and connect with, we knew it was important to include.”

“I also ended up being our percussionist, which is not a natural role for me, but it was a fun challenge. I fabricated a maraca using papier-mâché made with flour and water and covered it with paint I mixed from crushed bits of charred wood. To achieve the sound, I filled it with seeds from a native tree along with discarded bits from our meals like olive pits, peach pits, etc.” 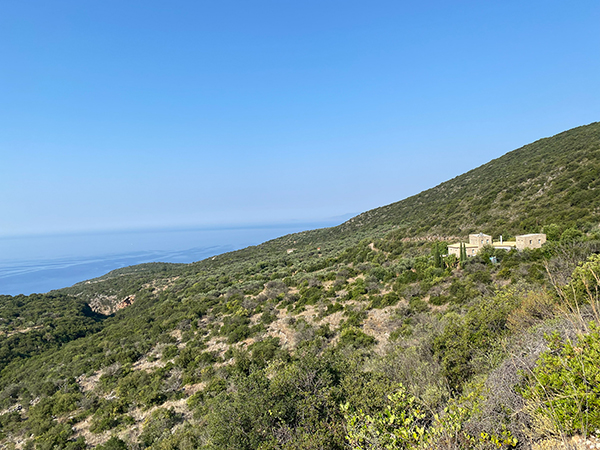 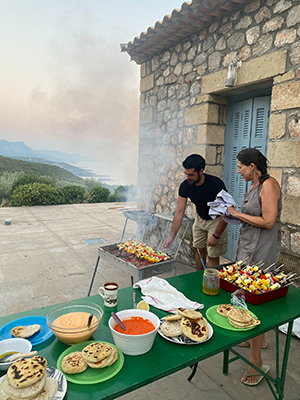 Each day of the workshop was focused on a different location and set of activities to provoke fresh thinking. As the team was reliant on both light and shadow, the days ran from 7:30am to 11pm, and sometimes later. “We were woken up every day by the sound of goat bells being shaken around the house,” said McDonough. During the day, those same goat bells echoed in the distance while feral cats bathed in patches of sun. “As dusk approached you could hear people yelling to each other across the hills and the stars at night were unlike anything I’d ever seen – you could clearly see the Milky Way.”

While they weren’t always getting sleep, the group was always well fed. “The food was definitely a highlight,” said McDonough. “Every meal was exceptionally delicious and specially crafted to serve as another lens through which to understand Greek culture. I learned so much just by hearing the story behind each dish,” she recounts. The cohort experienced meals typical of those working in an olive grove, as well as others that might be served at a funeral or wedding.

The workshop culminated in a final performance and discussion with the local community. It took place on the night of a new moon, emphasizing the power of light during a dark night. “Our final performance was in the schoolyard of an old kindergarten in a town called Kardamyli. Local people from the town attended and afterwards we had a cocktail hour to answer questions and share insight into what we made.”

Elizabeth McDonough is an Interdisciplinary Designer and Creative Storyteller. She is currently the Experiential Marketing Manager for Urban Outfitters.

Learn more about the MA Program at the School of Design >>